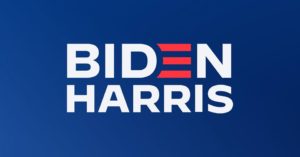 “I don’t see how it could be a coincidence that Kamala Harris didn’t prosecute a single clerical sex abuse case during the eight years she was San Francisco District Attorney,” said Ruth Institute President Jennifer Roback Morse, Ph.D.

According to a recent book by Peter Schweizer, Profiles in Corruption: Abuse of Power by America’s Progressive Elite, of the 50 largest metropolitan areas in the United States, San Francisco was the only one in which no priests were prosecuted for sexual abuse, all while Harris was district attorney.

Morse stated: “Harris’s predecessor planned to release clergy abuse files, obtained from the Archdiocese of San Francisco, in which at least 40 current and former parishioners accused various priests of abuse. Harris saw to it that none of these records saw the light of day.”

As a candidate, Harris received several large donations from lawyers representing the Archdiocese. Schweizer charges: “Some of them had never given contributions to a race like this before, but they loaded up her campaign coffers.”

“Harris often touts her experience as a prosecutor,” Morse said, “but her record in San Francisco is disgraceful in at least one regard. She let those credibly accused of sexual abuse walk away scot free, when her predecessor was ready to prosecute them. Is this the type of leadership Harris would bring to national office?”

The Ruth Institute has been active on the issue of clerical abuse for years. At its 2020 Summit for Survivors of the Sexual Revolution (July 17-18), Morse said: “Hollywood, politics, the United Nations, schools and, sadly, churches, are all plagued with the sexual abuse of children. Who will take a stand against this, other than faithful believers fighting for their families and the integrity of their faith? It’s up to us!”

A video of her remarks will be available at the Ruth Institute soon.

The Ruth Institute is a global non-profit organization leading an international interfaith coalition to defend the family and build a civilization of love.

This website uses cookies to improve your experience while you navigate through the website. Out of these, the cookies that are categorized as necessary are stored on your browser as they are essential for the working of basic functionalities of the website. We also use third-party cookies that help us analyze and understand how you use this website. These cookies will be stored in your browser only with your consent. You also have the option to opt-out of these cookies. But opting out of some of these cookies may affect your browsing experience.
Necessary Sempre abilitato
Necessary cookies are absolutely essential for the website to function properly. These cookies ensure basic functionalities and security features of the website, anonymously.
Functional
Functional cookies help to perform certain functionalities like sharing the content of the website on social media platforms, collect feedbacks, and other third-party features.
Performance
Performance cookies are used to understand and analyze the key performance indexes of the website which helps in delivering a better user experience for the visitors.
Analytics
Analytical cookies are used to understand how visitors interact with the website. These cookies help provide information on metrics the number of visitors, bounce rate, traffic source, etc.
Advertisement
Advertisement cookies are used to provide visitors with relevant ads and marketing campaigns. These cookies track visitors across websites and collect information to provide customized ads.
Others
Other uncategorized cookies are those that are being analyzed and have not been classified into a category as yet.
ACCETTA E SALVA
wpDiscuz